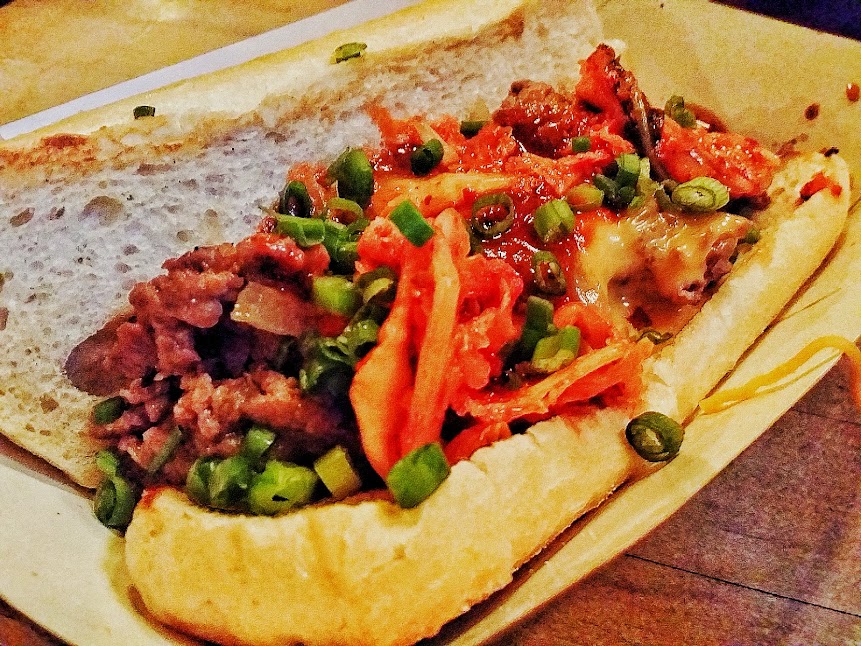 Kimchi Smoke, the star of many food festivals and fairs, had a pop-up event in the East Village. Missing some serious kimchi action, I had to go before it was all over; Korean food all fattened up in that nice, Southern way – who could say no?

With yesterday being President’s Day, today was like round 2 of a crazy foodventure. But it’s Tuesday, so might as well indulge in some last-minute #fattuesday nomming!

I made my good’old suitemate (who is also Korean) from last year come with me again, and she was all for it. The bar wasn’t far at all; we walked in around 5 – right when they opened for dinner. 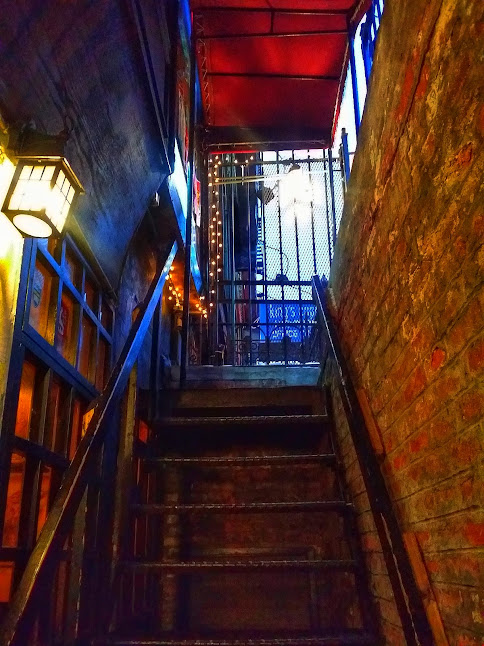 The entrance has that East Village vibe to it. We took a seat at the table we thought would have the best lighting, then ordered two of the items of their menu. 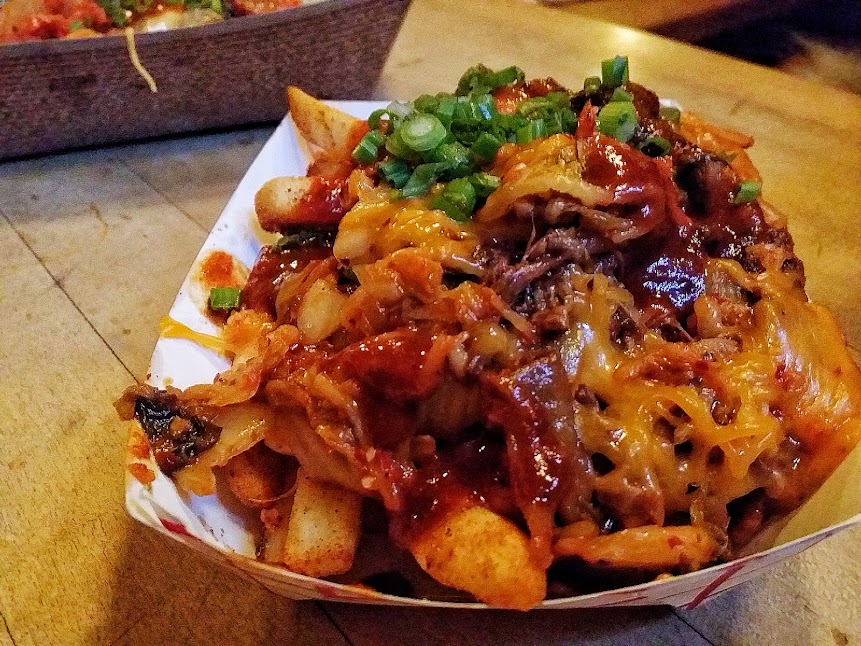 This was the Cho Lander Fries. I have no words for this. The flavor of the smoked kimchi on top of the melted cheese and pulled pork – all drizzled in some Fatboy sauce – was just amazing. The kimchi reminded me of when my mom would throw some aged kimchi on a frying pan and serve it with tofu and rice. Only this time, they were on top of crispy fries. Yum. 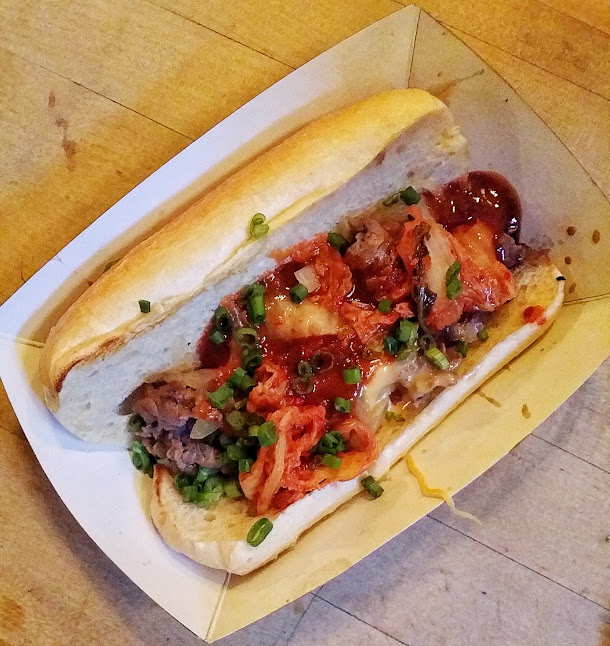 The second item was the Fat Gangnam Boy. Oh, how I had missed that fat, juicy taste of bulgogi! The bulgogi meat, kimchi, grilled onions, cheese, and of course their sauce all came together and threw a party in my mouth. My friend and I literally said out loud, “unfffff“.

Like most truck/fair foods go, the taste of the food was a bit salty and sweet in that guilt-inducing way, yet I could not stop eating. ‘Tis the beauty of BBQ. I wanted to try the Fat Austin Cho as well, but the bulgogi sounded so appealing at that moment. Some of the other items on the menu are the Cho-nut, which has brisket, egg, bacon, and cheese on sweet brioche, noodle-inspired Ramen Fried Chicken and Smoked Kimchi Ramen, Mac and Cheese, and Gumbo. They have other pop-up locations, so maybe I’ll hunt them down and try all of them then, haha.

My soul is satisfied. Perfect way to spend a Fat Tuesday night.

I would love to hear your thoughts! Cancel reply